Ever have one of those conversations that you later look back on and can’t decide if it was either brilliant on both sides, or just plain weird? A while back, I had numerous talks with someone and it was exactly like that. I saw the picture of a book cover that reminded me of it today. It’s just brilliant, in my humble opinion.

“So, you've read 50 Shades of Grey, now its time to inject a bit of colour and have the time of your life.... read the tongue in cheek adventures of the hapless libido.” 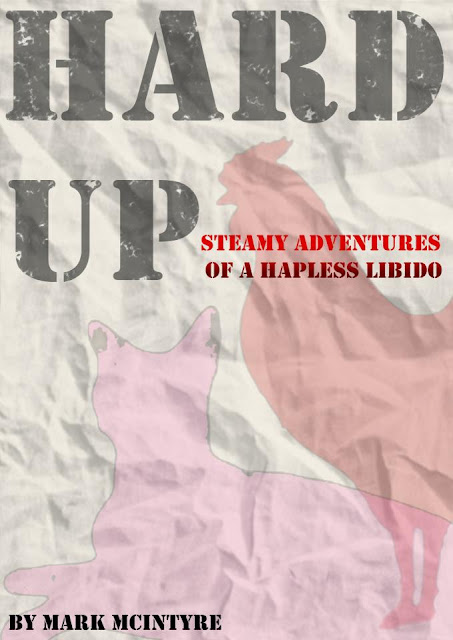 You may wonder what kind of bizarre discussion I could have been having after seeing that! Well, the truth is, it was a very odd third person conversation. I referred to three separate entities as though they were actual people. There was The Brain, The Heart and of course, The Libido.

Now, as you can imagine, The Brain was the only reasonable opinion in these conversations and was constantly at odds with ANYTHING The Heart had to add. The Libido was pretty much willing to side with either of them, as long as she thought it would somehow benefit her.

In the end, The Brain won any and all discussions. The Libido pouted but was more than willing to patiently await her next bath or shower (don’t ask). The Heart, well, that poor girl; what can I say? If you’re very quiet late at night, you can hear the slap and scrape of more bricks being added to her already impenetrable wall. She got all worked up over nothing. The really sad part is she almost won all those arguments with The Brain. I suppose it’s a good thing she didn't  A girl can only take so many beatings before she’s not only broken, but ceases to exist.

So as long as there’s a tidy little wall to protect her, there’s still hope that one day, Prince Charming will scale the walls and rescue her from her solitary existence. Corny, huh?
Posted by TerriRainer at 11:26 PM